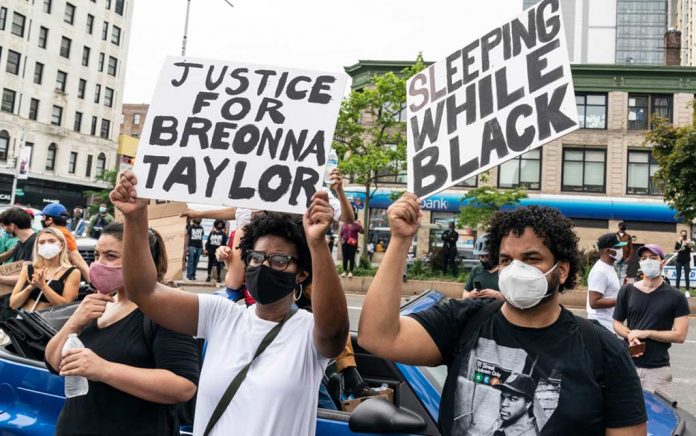 (ConservativeStar.com) – A grand jury in Louisville, Kentucky, publicly released their decision in the case of the police officers executing a no-knock warrant that resulted in the death of Breonna Taylor. Brett Hankison, a former officer, was indicted on three counts of wanton endangerment for bullets that passed through the wall, into a neighboring apartment.

Given the state of racial tensions in the country today, the city announced it would essentially go into lockdown in anticipation of a violent reaction.

When officers executed the warrant at her apartment, they immediately came under fire from her boyfriend, and one officer was struck. Breonna Taylor was caught in the crossfire.

Facts in the Breonna Taylor case:

– Breonna was not asleep in bed

2 out of 3 officers were justified in returning fire

The fact that a panel of citizens decided the officers were justified in returning fire is unlikely to calm the Black community in their outrage over the number of deaths arising out of interactions with law enforcement. Sadly, the first tragedy is likely to be followed by more when the anticipated riots, arson, and looting begin.