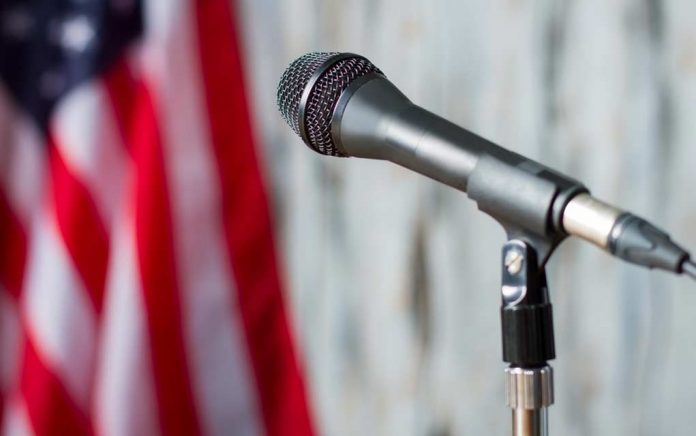 (ConservativeStar.com) – The first presidential debate of 2020, at times, looked like Fourth of July fireworks displays that so many missed this year due to the coronavirus pandemic. When President Donald Trump and former Vice President Joe Biden turned to the topic of the country’s police, the president clearly won the round.

Trump mentioned the long list of law enforcement endorsements his campaign has received and then asked his opponent to name just one for his. Biden could not do so. Perhaps that’s because he threw the police under the bus on the follow-up question about systemic prejudice against the Black community.

Joe Biden could not name a single Law Enforcement group that supports his candidacy!

Biden had said earlier “I am the Democratic Party,” but when the moderator asked him why he didn’t go to the mayor of Portland or the governor of Oregon to do everything they could to stop months-long rioting, the best that Mr. Democrat could offer was that he “doesn’t hold public office.” Implying that the two elected officials would pay no heed to the man who held the number two position in the prior administration because he lacked any true authority.

This year has seen racial tensions explode, a worldwide pandemic, and the upcoming full-out partisan brawl when the Liberals use every trick in the book to derail the Supreme Court nomination process. These next few weeks before election day are going to be just as tumultuous.