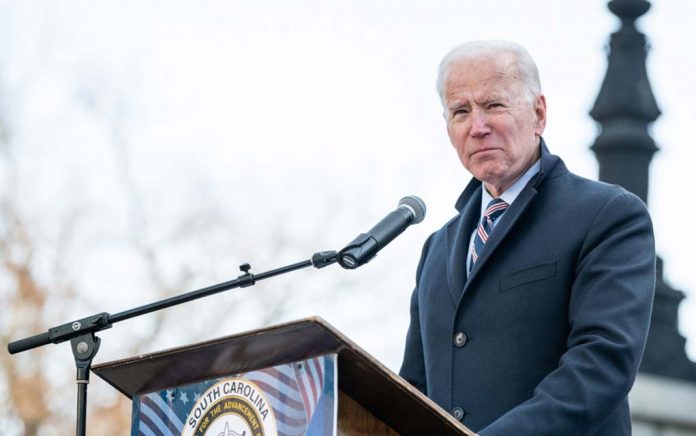 (ConservativeStar.com) – As the showdown between Joe Biden and incumbent President Donald Trump nears its end, the campaigns are still trading barbs about the mental status of the opposing candidate. Now, a professional who is familiar with both the men has expressed his thoughts on the matter.

Dr. Ronny Jackson is a retired Rear Admiral of the United States Navy and served with distinction in Taqaddum, Iraq when he was attached to the United States Marine Corps — that branch of the armed services does not have its own medical personnel. His service to the country included an appointment as the physician to the President from 2013 to 2018. He covered both the Obama and Trump administrations.

His experiences give him a unique perspective because he’s had close personal interactions with both candidates. In a recent conference call, he made it crystal clear that he was speaking out as a concerned citizen, and neither a doctor nor a candidate for Texas’ 13th congressional district. Nevertheless, some of his comments are giving Americans a peek behind the curtains as to what might be going on.

The former Vice President is well known for his tendency to make verbal blunders and is a self-proclaimed “gaff machine.” Dr. Jackson is, like all Americans, familiar with that part of Biden’s personality, but his concern here revolves around some potentially serious holes in his memory.

At some recent stops on his campaign trail, the Democratic nominee for president proudly boasted that he was there running for his seat in the Senate. Another concern arose when Biden was reminiscing about the 2012 election, where Obama was running against Senator Mitt Romney (R-UT) and the best that he could come up with for his name was “that senator who was a Mormon…”

While any mental acuity issues are purely hypothetical at this time, the impact on the country, if he’s unable to fulfill this term, is very important. If the Democrats win the election and Biden was removed from office at any time after, the result is Senator Kamala Harris (D-CA) becomes president of the United States (according to the Presidential Succession Act of 1947).

Almost immediately after Harris was named as the vice-presidential nominee, the Progressive media shills took to declaring her as a centrist/moderate candidate. However, the positions she took as a candidate during the Democratic Party primaries paint a different picture. Some of the far-Left positions she supports include:

The president is the diplomatic face of America to the entire world, as well as the commander-in-chief of the armed forces. Knowing about the person that will hold that office is vitally important. Someone with impaired memory or who holds a radical Left agenda in that office may not be the best choice for the United States.