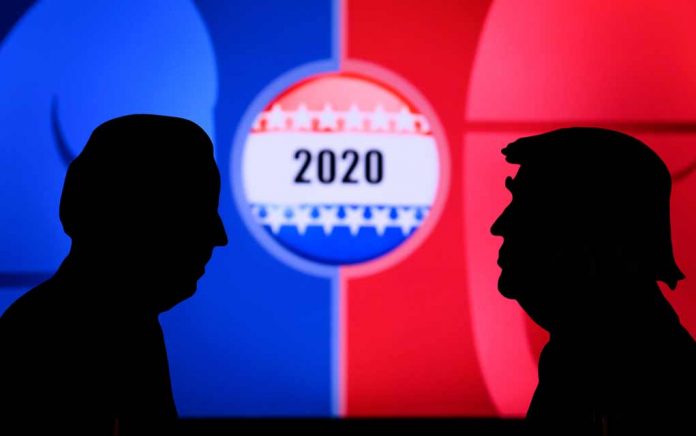 (ConservativeStar.com) – The presidential race in 2000 between George W. Bush and Al Gore gave us the phrase “hanging chads” and a Supreme Court decision in favor of Bush essentially decided the election by a mere 537 votes. A good portion of the blame for the chaos that ensued went to television networks that wanted to be the first to declare the next president based on partial evidence.

Hoping to avoid a repeat of voters feeling the race is over — and therefore staying away from polling locations — House Minority Leader Kevin McCarthy (R-CA) has sent a letter to the executives of many networks asking them to refrain from announcing any projections before all precincts are closed. In his letter, the representative said he understood the competition among them to be first, but cautioned “media bragging rights should not supersede Americans’ voices.”

Media that declares a winner of the presidential election before polling centers close will unquestionably disenfranchise Americans who have not yet voted.

I wrote a letter to the heads of major news orgs to request patience in calling a winner until all polling centers close. pic.twitter.com/k2RtoK5YSs

Casting one’s vote is the cornerstone of our Constitutional-Republic and no one should be persuaded to forgo that right based on a statistical model. The fact that a presidential election was decided by less than 1,000 votes should be enough to keep any responsible adult from preemptively declaring the winner.