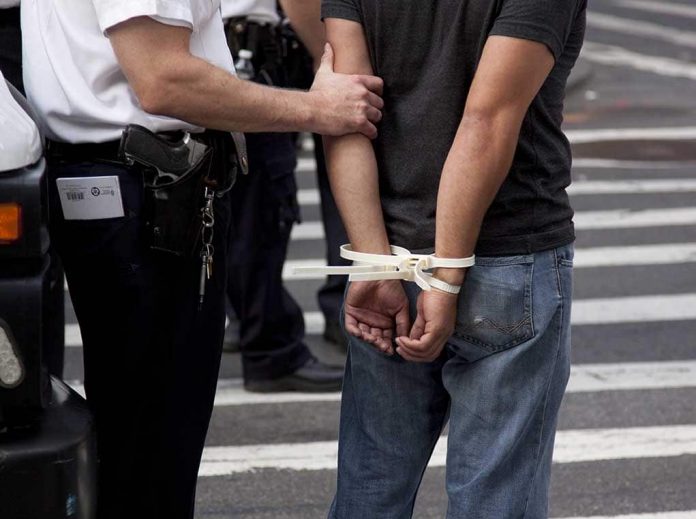 (ConservativeStar.com) – One of the mob responsible for last week’s Capitol Hill attack – which is being widely blamed on President Trump’s supporters – was arrested on Tuesday after he was identified from images taken at the scene. Inconveniently for the mainstream media narrative, though, it turns out he’s a Democrat.

Last Wednesday, Aaron Mostofsky was pictured among those that stormed the US Capitol. Images showed the 34-year-old inside the building, wearing a fur coat and a police vest. The FBI managed to identify him from those images and on January 12, he was arrested at his Brooklyn home.

BREAKING: Aaron Mostofsky, the son of a NY Supreme Court judge was arrested in Midwood Brooklyn on Tuesday morning for his alleged involvement in the Capitol riot. pic.twitter.com/MweFpdvLkX

Of course, Mostofsky isn’t the first of the rioters to be arrested, but he’s more interesting than most. His father is a New York City state court judge and his brother is vice president of the South Brooklyn Conservative Club. However, Mostofsky himself is a registered Democrat – so it’s unlikely he was there to demand another four years for President Trump.

Of course, that raises a very interesting question: Why was he there, and was the whole thing provocation from the Left?