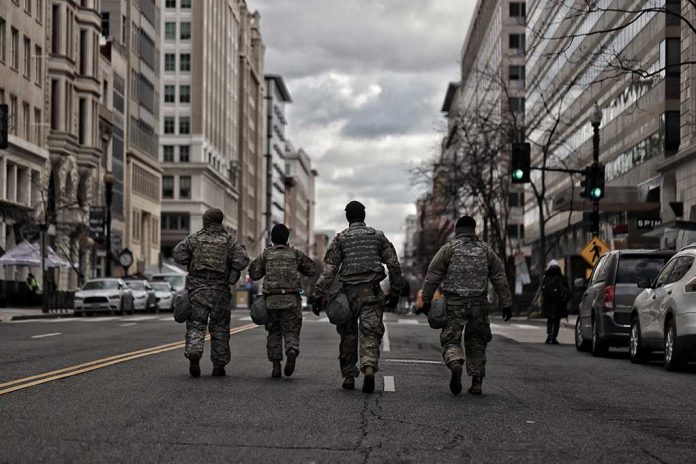 (ConservativeStar.com) – On January 6, an incident unfolded on Capitol Hill that ended with five people losing their lives. Because of this, National Guard troops were brought in to assist federal and local law enforcement in the event of any disturbances during the inauguration of President Joe Biden. Now Republicans want them to go home.

The question on many GOP lawmakers’ minds is simply this: why are they still there and why has it been announced that some will remain there perhaps “indefinitely?” In an effort to find out, 12 Republican Representatives have asked the Acting Secretary of the Army John Whitley to provide them with a “threat assessment briefing.”

Some reasons given include: to protect against First Amendment protests amid the ongoing second impeachment debacle of former President Donald Trump and Biden’s first State of the Union message. Whatever the reason, the GOP lawmakers are demanding answers and most assuredly won’t rest until they get them.