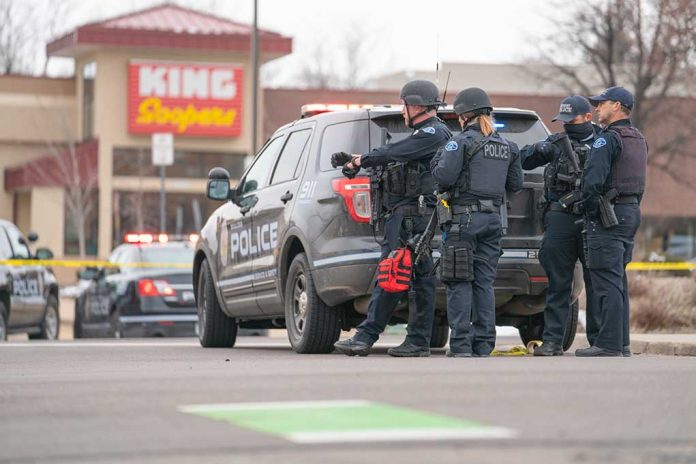 (ConservativeStar.com) – Just before 3:00 p.m. (CST) on March 22, 911 operators in Boulder Colorado started receiving calls of shots being fired near a King Soopers grocery store. By 3:30 p.m., Ahmad Al Aliwi Alissa was in custody and 10 people were dead. That includes Police Officer Eric Talley, who was first on the scene and has been honored for giving up his life in the line of duty.

Alissa is the alleged gunman and he now faces 10 charges of first-degree murder as federal and state investigators searched for clues as to his motive. To that end, FBI and Colorado Bureau of Investigation (CBI) agents descended upon the Arvada, Colorado neighborhood where he lived at approximately 3 a.m. the next day to search his residence.

As Alissa’s name became known allegations of a violent temper — he was arrested for an apparently unprovoked attack on a fellow high school student in 2017 — and a raucous household began circulating. Police have not released a motive for the shooting.