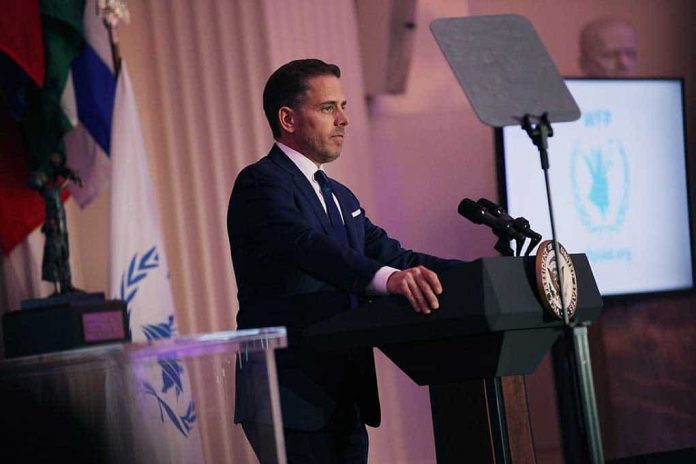 (ConservativeStar.com) – The New York Post reported in October 2020, that a MacBook Pro laptop was left abandoned in a repair shop in Delaware and that a copy of the hard drive was given to the newspaper by Rudy Giuliani. That computer was allegedly owned by President Joe Biden’s son Hunter and is still providing things that they and other Democrats would probably prefer to stay out of the public consciousness.

Birds of a feather flock together
HUNTER BIDEN Admits on Audio He Smoked Crack With DC Mayor Marion Barry – Intel Agencies Covered This Up https://t.co/mbuSkappl6

The Gateway Pundit and the Daily Mail are both reporting on an audio clip that was allegedly found on it that adds another layer to the younger Biden’s well-known crack cocaine addiction. The alleged conversation between him and an unidentified male friend where he bragged about smoking that drug with the now-deceased former mayor of Washington DC Marion Barry.

Barry, for his part, spent six months in federal prison when an FBI sting in 1990 captured him on video using the substance with a woman in a hotel room.

The president’s son has not commented on the matter and Barry is deceased.