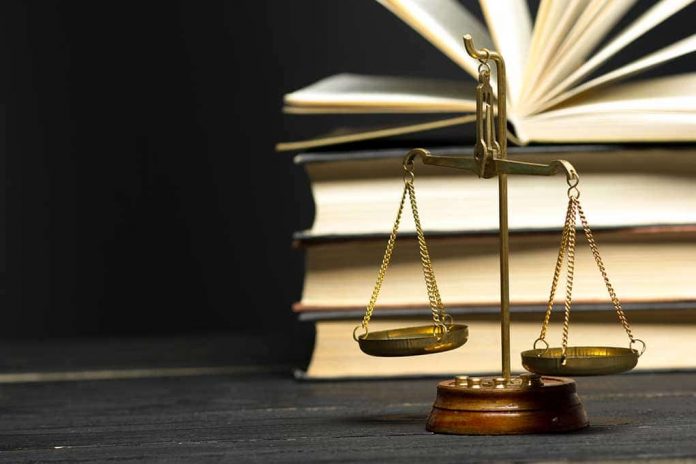 (ConservativeStar.com) – The Constitution and the law are the cornerstone of life in the United States. They serve as a guide, protecting us from harm and preventing the government from engaging in tyranny. But what happens when someone decides the law doesn’t apply to them, or they just can’t be bothered to follow it?

Can someone really just “opt out” of the justice system?

One reckless militia group found the answer to this question first-hand during a tense nine-hour standoff with police in Wakefield, Massachusetts.

At 1 am this morning a Massachusetts trooper saw vehicles in a breakdown lane and stopped to help. He found a group of 10 men calling themselves “Moorish American Arms" refueling a vehicle. They were armed with rifles and pistols and wearing tactical gear. https://t.co/tCFCHP267V

The group of 11 men, all of whom claim to belong to a militia group known as “Rise of the Moors,” were found congregating next to 2 vehicles in the breakdown lane of the I-95 at approximately 2:00 a.m. Local police approached the scene to investigate.

Attending officers immediately noticed the group’s garb: a full military-style loadout complete with combat gear and “long guns.” Concerned for potential safety issues, agents asked the men to put down their weapons. They refused, claiming to belong to a sovereign nation “that does not recognize [US] laws.”

Police were forced to close the Interstate for several hours, and the armed men eventually fled into the woods. All 11 were eventually arrested and taken to jail without further incident.

Once in custody, the group continued to refuse to cooperate. Officials say their court arraignment turned into “a circus,” with the men refusing to respect the court’s authority. At least one claimed to be a “foreign national” exempt from US law, while another refused to give his legal name and stated he was a “free Moor.”

Nevertheless, the men were charged with many infractions:

As they refused to enter a plea bargain, the courts filed an automatic “not guilty” plea on their behalf. Contrary to their original belief, they are, in fact, subject to US law, and thus, will be held responsible if found guilty — just like any other American citizen.

This is not the first time a “free citizen” or militia group has refused to comply with the law. In fact, the FBI first warned the public about growing extremism within the sovereign citizen movement in 2010.