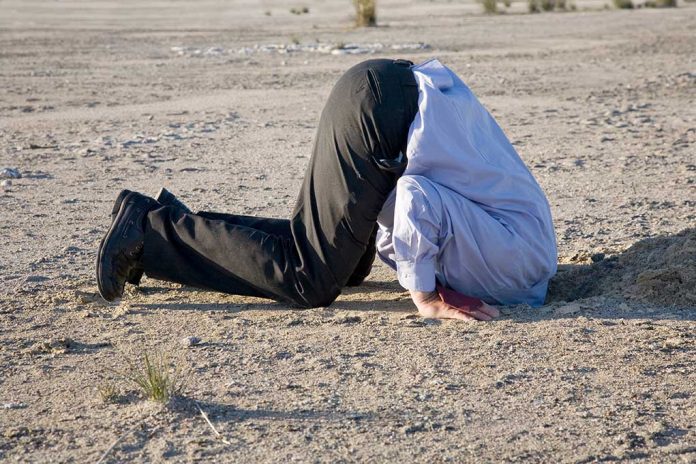 (ConservativeStar.com) – Over the last year, Dr. Anthony Fauci went from one of the nation’s most highly respected medical experts to a partisan figure who many conservatives don’t trust. Part of the reason for that shift is the way he seems to target Republicans while ignoring the actions of Democrats. He’s under fire for that behavior again.

On August 8, the doctor appeared on “Meet the Press” to express his concern that the Sturgis (South Dakota) Motorcycle Rally would become a “super spreader” event — all while maintaining a deafening silence on pro-Liberal people and groups.

Fauci chastises those attending the Sturgis but never said a word about the months of Antifa protests, BLM marches, or the wide open border.

He’s supposed to be apolitical but he’s just another leftist hypocrite.

I stand with our bikers!

That same weekend, former President Barack Obama held his 60th birthday party at his Martha’s Vineyard mansion where several hundred people were packed together under a tent partying and dancing — sans masks. Fauci naturally decried this … What’s that? Not a peep? Well, okay then. Perhaps he finds himself agreeing with New York Times White House correspondent Annie Karni who said it was a safe event because of the “sophisticated, vaccinated crowd” on the invite list.

The good doctor also has failed to address the release of COVID-19 positive illegal aliens into the interior of the country. He totally ignored those released into the care of Catholic Charities of the Rio Grande Valley who were found without face masks at a Whataburger in La Joya, Texas.

Only Doctor Fauci knows the truth behind his evasions and flip-flopping narratives since the coronavirus pandemic started in early 2020. But maybe Senator Tom Cotton’s (R-AR) speculation that “he’s acting like a Democratic Party activist in a white lab coat” provides a place to begin piecing an answer together.