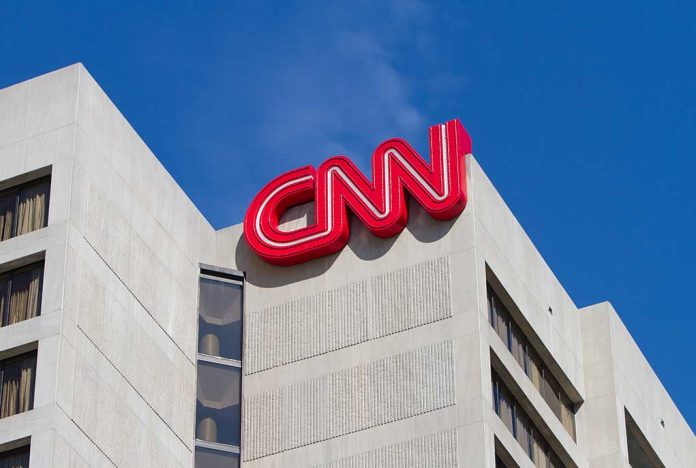 (ConservativeStar.com) – Afghanistan’s lightning-fast fall to the Taliban was shocking. All over the world, people watched in horror as the extremist group swept across the country in a matter of days. Unfortunately, members of the mainstream media who remain in the embattled country to cover the news are in close proximity to the very Taliban fighters refugees are fleeing.

On August 16, CNN reporter Sophia Fisher came face-to-face with the Taliban outside the abandoned US Embassy in Kabul’s former Green Zone. The area was once a heavily protected district containing government ministries, diplomats, aid agencies, and the headquarters of the NATO-led stabilization force. Insurgents have now overrun it.

Fisher, wrapped in a black hijab to blend in, filmed her segment with no apparent interference. Armed Taliban members, many who appeared to be young, surrounded her as she delivered her report.

CNN: “They’re chanting Death to America but they seem friendly at the same time”
pic.twitter.com/64aNZIce6V

Flanked by a yelling mob of extremist gunmen, Fisher said, “They’re just chanting ‘Death to America,’ but they seem friendly at the same time.”

These are the same people who stoned women to death, machine-gunned groups of gay men in football stadiums and sheltered the 9/11 plotters. Now, they’re screaming death to our country. How much less friendly can anyone be?