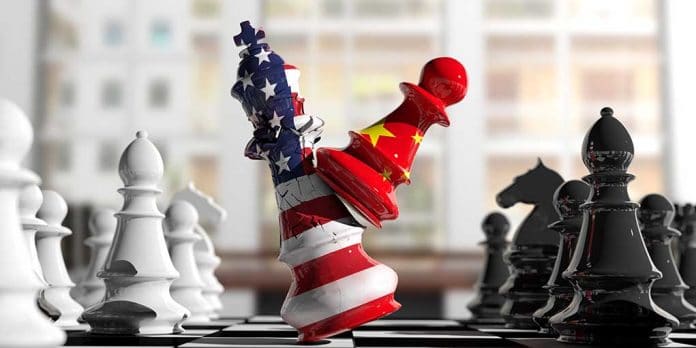 (ConservativeStar.com) – The island nation of Taiwan is an important partner to America in terms of both trade and its strategic location in the South China Sea. China, under its “One-China Principle/Policy,” takes the official position that Taiwan is a part of its sovereign territory. This position makes a recent story the Wall Street Journal (WSJ) broke about a small group of United States Marine Corps/special-operations troops with boots on the ground in Taiwan for at least the past year a–contentious topic, if one were given to understatement.

The editor-in-chief of the CCP-affiliated Global Times (GT), Hu Xijin, retweeted the WSJ story and hypothesized that maybe the PLA (People’s Liberation Army) could “launch a targeted airstrike to eliminate those US invaders!” A companion editorial published on the GT website featured a headline that screamed the act “will only hasten cross-Straits war,” trumpeting Hu’s position that war is not a possibility — but a certainty.

Why just two dozen members? Why secretly? The US should send 240 servicemen publicly, in US military uniform, and make public where they are stationed. See whether the PLA will launch a targeted air strike to eliminate those US invaders! https://t.co/0Herr8TBtu

In the body of the article, the author did leave open the possibility that abject surrender could avoid a shooting war “in a few years or even a shorter period of time.”

Since President Joe Biden’s inauguration in January, mainland China has increased the frequency of military fighter and bomber missions into the island’s Air Defense Identification Zone (ADIZ). This is designated airspace that extends past the nation’s territorial limits to allow for defensive measures if a threat approaches. In the first week of October alone, China sent a reported 149 aircraft buzzing into the area.

Is war over Taiwan around the corner? Things are certainly not looking good, and public threats aren’t making the situation any better.