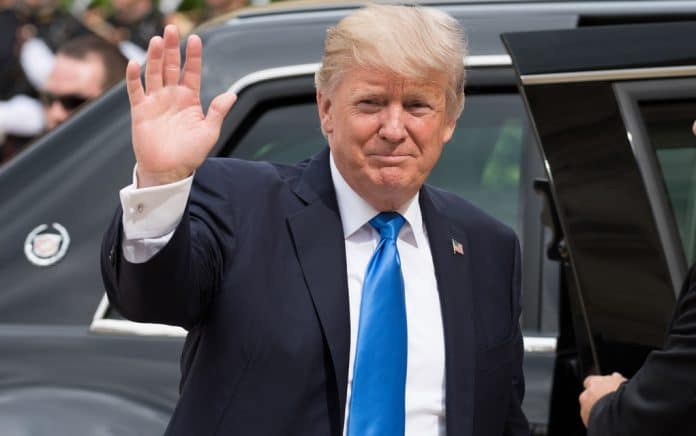 (ConservativeStar.com) – When a professional bookmaker talks about the odds of something happening, they mean that when one places a bet, the one with the lowest return on it is the most likely to happen. Some people trying to look ahead at 2024 for potential matchups to become the next president of the United States (POTUS) predict that if former President Donald Trump chooses to seek a second term, he’s the favorite to win, at this point.

Two leading bookmakers told me earlier that for the first time, Donald Trump is their favourite to win the 2024 election. Joe Biden has seen his ratings drop amid the ongoing pandemic and the withdrawal from Afghanistan. https://t.co/L3FTqCHRUt

Bookmaking service BetOnline is offering 11-4 odds on President Trump winning the office again. Other potential candidates and their odds include:

Part of the analysis that put Trump at the top of the pile includes Biden’s plummeting approval ratings reflecting the public view of many aspects of his administration. According to Rasmussen Reports, which tracks these numbers daily, his total approval vs. disapproval ratings were 48% to 45% on January 22, 2021, but as of October 12, those have dropped to 41% to 57% respectively.

Polling analyst Tim Molloy of Quinnipiac University was quoted in an October 6 press release saying that Biden is being “battered on trust, doubted on leadership, and challenged on overall competency….” This statement is based on their analysis of issues like Afghanistan, the economy, and COVID-19. It seems if one could apply the term “buyer’s remorse” to a presidential election, the data would tend to support the idea.