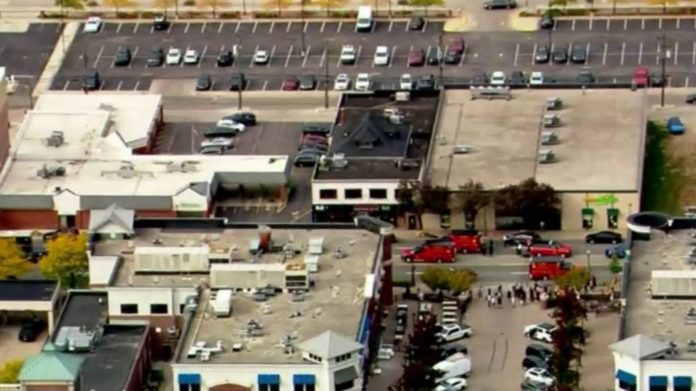 A 38-year-old suspect was taken into custody after a standoff at a hotel in downtown Dearborn. He allegedly opened fire after a dispute with staff, killing one man- a hotel clerk.

The suspect, who was not named, had a history of mental illness and substance abuse. The mayor of Dearborn said it’s about time we had solutions.

On Thursday, police chief Shahin called the hotel standoff “a waiting game” and said crisis negotiators were “tireless.” Police responded to a call of shots fired at 1:09 p.m. Thursday. The shooter holed up in a room after officers started to approach him.

During the standoff, Michigan State Police and Dearborn police officials warned people to stay away from the shooting scene. However, warnings didn’t hold off people who turned out to see the activity on Michigan Avenue. The standoff turned somber as more police vehicles and staff gathered, sirens sounding, police lights flashing.

Police finally took suspect into custody after a seven-hour standoff in the hotel he barricaded himself in. The hotel was a Hampton Inn location, and the ongoing criminal activity at the hotel even caused a local elementary school to go on lockdown out of precaution.

For additional updates on the status of this story, please consider the news outlets below to stay in the know.