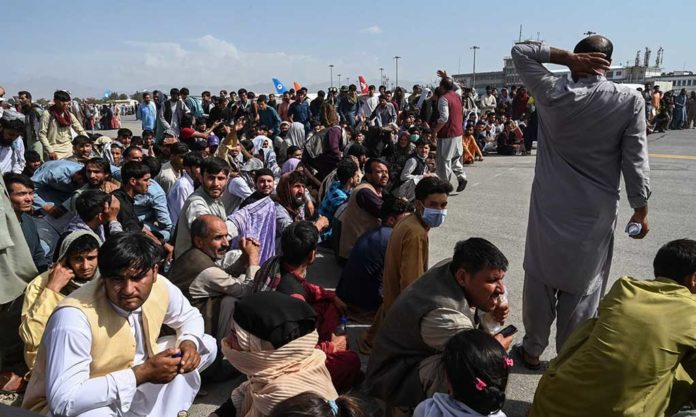 (ConservativeStar.com) – An Afghan refugee family has spent almost three months trying to find their baby son, who was lost in the chaos of the Kabul evacuation. Now, the family is in the US, but still hoping they’ll be reunited with the missing child.

EXCLUSIVE
It was a split-second decision. Mirza Ali Ahmadi and Suraya found themselves and their five children in a chaotic crowd outside the gates of the Kabul airport on Aug. 19 when a U.S. soldier, from over the tall fence, asked if they needed help https://t.co/sGk2vbaqx7 1/3 pic.twitter.com/TlZbmTPaoj

On August 19, Kabul resident Mirza Ali Ahmadi, his wife Suraya and their five children were among thousands of people trying to get into Kabul International Airport to escape the Taliban. Fearing their two-month-old son Sohail would be crushed in the crowd, Ahmadi handed him over the fence to a US Marine – but then the family was forced away from the gate by the Taliban. By the time they got into the airport 30 minutes later, Sohail had disappeared. Ahmadi says he searched the airport, helped by a USMC officer, but found no trace of the baby.

The family were later evacuated to the US through Qatar and Germany, and are now at Fort Bliss, TX. Ahmadi, who was a security guard at Kabul’s US Embassy for 10 years, says they’re still sharing the story with everyone they meet in the hope it’ll bring the family back together. State Department officials say they’re working with international agencies to find Sohail.

Meanwhile, Suraya says she cries constantly and her other children are upset. It’s a tragedy lost in the catastrophe of President Biden’s bungled withdrawal from Afghanistan — but for this family, it’s a shattering blow.