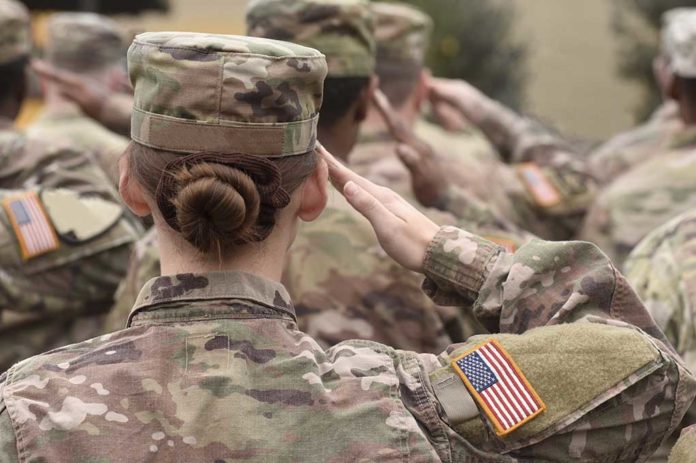 (ConservativeStar.com) – There’s a growing push in Congress to give women more equality – perhaps more than many of them would want. Should women have to register for the draft? Many legislators on both sides of the party divide think they should.

The National Defense Authorization Act, which passed the House on an overwhelming 316-113 vote in September, does something new – it extends the Selective Service Act to all Americans simply by replacing the word “male” with “person.” Most Democrats and some Senate Republicans, including Senate Minority Leader Mitch McConnell (R-KY) and Iraq veteran Joni Ernst (R-IA), support the change, but it has its opponents, too.

Sen. Ernst, an Iraq War vet, says requiring women to register for the draft, per a provision in the defense bill, is a “good idea.”

“We’ve opened a lot of our positions to combat arms in an effort to be equal,” she noted

Some of her male GOP colleagues disagree

In early November, Senator Josh Hawley (R-MO) introduced a bill to preserve the male-only draft. Then, last Tuesday, Senator Ted Cruz (R-TX) said women already could enlist if they wanted, but he doesn’t want the government to have the power to conscript his daughters.

Advocates of a gender-neutral draft say allowing women to enlist in any military branch eliminates any sense of excluding them from Selective Service. Including them would let the military access a new pool of talent. Opponents say it’s a political stunt that avoids a proper debate. America needs a proper discussion about the draft; should it be for everyone, or only for men? In an era of highly trained professional armies, is the draft a 19th-century relic, and should the US abolish it completely?