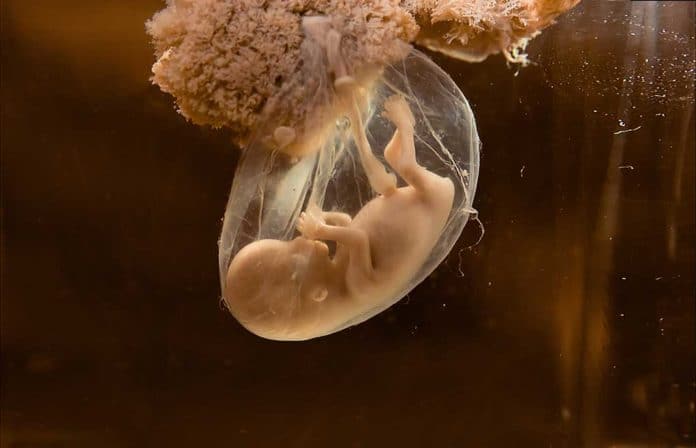 (ConservativeStar.com) – European researchers have been given a rare chance to examine a little-known stage of human development after a woman donated an embryo to science.

Most scientific research on human development is done on embryos less than 14 days old, thanks to a scientific guideline – which has been made law in some countries, including the UK – that laboratories shouldn’t grow embryos past that age. The guideline was relaxed earlier this year but there are still tight restrictions on growing older embryos and, in the UK, it’s still against the law.

On November 17, a leading scientific journal, Nature, published a study by British and German researchers that examined an embryo donated by a European woman. The embryo was between 16 and 19 days old, but escaped the guidelines because it came from a natural pregnancy and wasn’t grown in a lab.

We know little about human development just after implantation, but an embryo donated by one woman offers a rare look at the process – and it might inform debates on the ethics of embryo research https://t.co/FJDD1KWK1w

Lead researcher Shankar Srinivas, from Oxford University, says the donated embryo – which was only the size of a poppy seed – gave them the first-ever chance to study the process of gastrulation, which takes place just after the 14-day limit. During gastrulation, the embryo changes from a simple sphere of cells to a complex, multilayered structure.

Srinivas said his team found different kinds of cells developing in the embryo, and arranging themselves into separate body parts, in what he called an “explosion of cell diversity.” At just 19 days old, the embryo already had red blood cells and simple germ cells that would later develop into eggs or sperm. He didn’t find neurons, meaning the embryo had no nervous system, but the evidence is clear – less than three weeks into pregnancy, it’s already much more than a blob of cells.