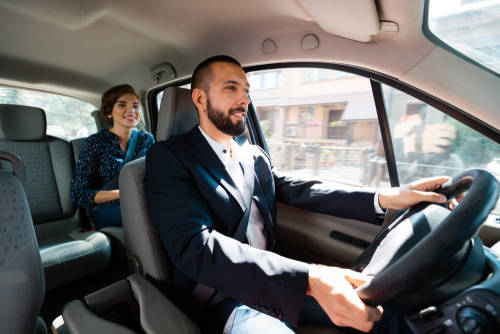 Authorities say a man pretended to be a ride-share driver to pick up victims and then committed two rapes and a sexual assault.

The impersonator was accused of six sexual assaults was ordered held after his appearance in court Monday. William Mancortes, 43, of Hyde Park, was arrested Friday by police in Boston and is facing charges of two counts of rape and one count of indecent assault. The alleged assault occurred in 2017.

A Sexual Assault Evidence Collection Kit assisted detectives in identifying the suspect in connection to the incidents, and the suspect was banned from the Uber platform years ago.

A young woman left a restaurant late at night, believed an Uber was nearby, and was raped by William Mancortes, 43, of Hyde Park. A similar scenario played out at least twice more with other women, authorities say.

Mancortes was arrested for multiple crimes in Boston and Quincy. He was held without bail pending a hearing on Thursday.

Mancortes previously pleaded guilty to indecent assault and battery on a child under 14 and lewd, wanton and lascivious conduct charges, and was also charged last year with groping a passenger while working as a driver for Uber.

Beth Radcliffe, a nurse in Boston, says Uber is a must for her especially with the recent MBTA construction going on. She was unaware a former Uber driver with multiple sexual assault charges dating back to 2017 was just arrested.