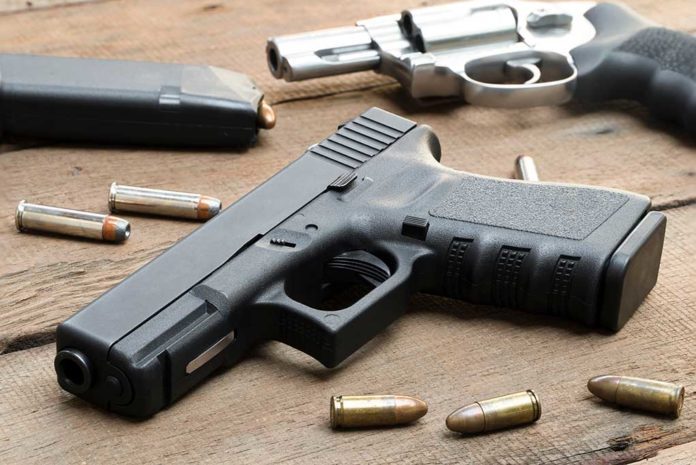 (ConservativeStar.com) – “Ghost guns” are weapons made from controversial home kits where the individual pieces and tools needed to make them come packaged together for people to assemble themselves — they do not have serial numbers. A recent shooting has brought them into the spotlight again.

Whatever one’s political affiliation, the accidental killing of a 14-year-old girl by her 13-year-old brother with one of these can only be called a tragedy. The teenage boy was allegedly running a business assembling these “privately made firearms” in Georgia and then selling them on the black market. The problem came when two men went to his house to pick up one of the guns and decided to run without paying. The teen then drew his personal weapon and fired on the pair; however, his older sister ended up between him and his intended target, and he shot her instead. She died while her mother was driving her to the hospital.

Liberal (typically) politicians are trying to put a stop to the sale of these do-it-yourself kits, or at least regulate them as commercially made guns are. For example, Senator Richard Blumenthal (D-CT) introduced a bill in 2020 that “generally prohibits and penalizes” making, selling, or owning a ghost gun. There are bans in place in New York State, Washington D.C., San Diego, among other places.

On the other side of the argument, pro-Second Amendment advocates and groups are taking to the courts claiming bans on unregistered or handmade guns are unconstitutional infringements of Americans’ right to keep and bear arms. For example, The Firearms Policy Coalition (FPC) has started a campaign against Senator Blumentha’’s initiative, saying that “home gunsmithing is Constitutionally [sic] protected.” In another case, Dick Heller, who previously won a landmark case before the Supreme Court in District of Columbia v. Heller, is challenging Washington’s newest gun ban.

No matter the outcome of these cases and initiatives, a 13-year-old should not be making or selling any kind of gun, and his sister should still be alive. That’s the true tragedy.