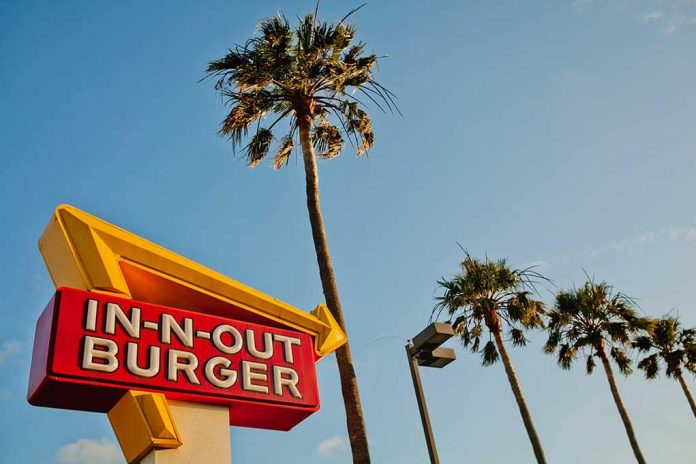 (ConservativeStar.com) – Conservatives are supporting a fast-food chain on social media after it defied intrusive COVID rules. A liberal city council set out to make an example of the restaurant, but instead, they’re helping it find new fans.

In August, the San Francisco Board of Supervisors introduced a new mandate forcing people to show proof they’re fully vaccinated against COVID-19 before entering indoor dining areas, gyms and most other indoor public places.

On October 14, city public health officials shut down the popular In-N-Out Burger restaurant at Fisherman’s Wharf because it was refusing to deny service to unvaccinated customers. Days later, the restaurant reopened for takeout service only.

"We refuse to become the vaccination police for any government. It is unreasonable, invasive, and unsafe to force our restaurant associates to segregate customers," wrote Arnie Wensignerhttps://t.co/0MYPsmiECL

In-N-Out is defiant, saying it won’t enforce a discriminatory rule. Arnie Wensinger, Chief legal and business officer, said, “We fiercely disagree with any government dictate that forces a private company to discriminate against customers who choose to patronize their business. This is… intrusive, improper and offensive.”

Many Twitter users have rushed to support the company. Some reported they’d just visited In-N-Out restaurants and plan to continue spending money there because the burger joint is standing up to tyranny. With conservative politicians and talk show hosts spreading the word, defying San Francisco’s vaccine mandate could give In-N-Out a welcome boost.