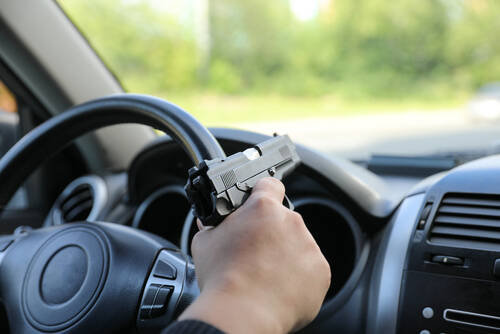 A California woman was killed in a murder-suicide, authorities say, by her sister’s ex-boyfriend who had previously been accused of domestic violence.

According to the California Highway Patrol and Fresno County Sheriff’s Office, Ta-Sheng Ly, 28, was with her sister in the car when Kou Vue, 30, convinced them to pull over on Highway 41 in Fresno on Dec. 17.

During that time, authorities believe Vue pulled out a gun and fired multiple shots, striking the vehicle and Sheng Ly, who was later pronounced dead.

Officers responded to the scene around 10:05 p.m. after the victim’s sister, who was riding in the passenger seat, called 911 to report that her sister had been shot and was unresponsive. In addition, the sister told police her ex-boyfriend had disappeared, but she provided a description of his vehicle.

It took authorities less than an hour to locate Vue’s vehicle as it was traveling northbound on State Route 99. Officials said Vue then shot himself after getting out of the car at an off-ramp.

A prior domestic violence incident is believed to have led to the deadly shooting.

Vue was arrested on July 8 and booked into the Fresno County Jail on charges of assault with a deadly weapon, child endangerment, and domestic violence. In a pretrial supervision agreement, he was released on July 12 after his bail was set at $45,000.

An online fundraising campaign has been launched to cover Sheng Ly’s funeral expenses as her family grieves their unexpected loss.