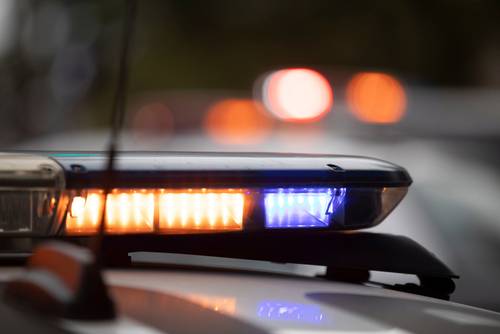 The police were summoned to the family shelter on Echo Place in the Mount Hope neighborhood in response to a 911 call about an emotionally disturbed person, but left without finding evidence of a crime. A second call half an hour later brought police back, and the bodies of two young children were discovered.

Daishawn, 3, and Octavius, 11 months, were found fatally stabbed in a bathtub.

Neighbors say they heard the boys’ parents arguing and screaming earlier in the night. Police officers tried to resuscitate the boys but were declared dead at Columbia Presbyterian Hospital.

A family friend told police that the woman’s children were with their father. Soon afterward, dispatchers received another 911 call reporting two children unresponsive. Neither of the kids were breathing. The children died at Columbia Presbyterian Hospital.

One neighbor said she saw the children being carried out of the apartment on a stretcher and heard the father screaming for help. Friends and family are rallying around the father of the two young boys old as the mother undergoes a psychiatric exam. She remains in custody of the police during this examination process.

A family friend, Michelle Rivera, 23, said she had watched the children grow up and had been close to Columbus Canada, who was Octavius’s father. She said the mother had a short temper and never had patience.

On Sunday, neighbors and loved ones assembled a makeshift memorial of cardboard boxes outside the building. They scribbled notes and flowers and stood quietly in the rain in remembrance of the deceased children.

In recent years, New York City has recorded about a dozen homicides of children under age 10 that are classified as domestic. One mother drowned her three kids at Coney Island this past September. Another woman was charged with murdering her infant twins last year.