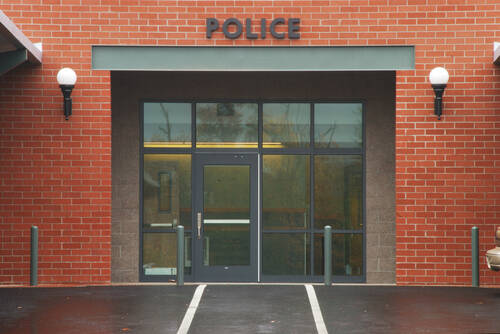 When a criminal commits a crime, their typical response is to run from the law so that they can escape conviction. However, one criminal suspect chose to do the exact opposite.

According to reports, a self-proclaimed homicide suspect tried to enter a Colorado Springs police station to turn himself in.

In the early hours of Sunday, the Colorado Springs Police Department reported that a man had attempted to enter the Falcon Division building on Goddard Street. Carlos Trejo, 36, was arrested while trying to hand himself in for murder, police say.

A disturbing discovery was made by the authorities as they probed deeper into the situation.

One person was found dead in Trejo’s apartment at the Cortland Grand River apartment complex in the 1300 block of Kelly Johnson Boulevard after police responded to the incident.

According to a neighbor, the unit had been emitting a variety of concerning sounds prior to Sunday’s morning.

No name has been released for the victim as of Sunday morning.

Cortland Grand River announced that it appeared that the crime was an isolated domestic incident, causing no ongoing threat to the public.

“The local officials are handling the matter … they have assured us there is no reason for additional concern related to this event in our community,” reads part of the statement.