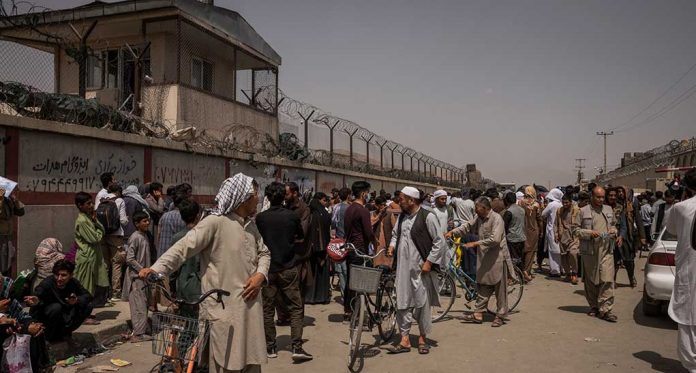 (ConservativeStar.com) – On Tuesday, September 7, Secretary of State Antony Blinken discussed the Americans and allies left in Afghanistan. He said the administration is “working around the clock with [groups chartering flights]… doing all we can to clear any roadblocks.” However, newly obtained emails seem to dispute that talking point.

One of the organizers of private flights, Eric Montalvo gave Fox News alleged emails from the State Department showing how the US is hampering rescue efforts. The messages explicitly say the administration won’t allow charter flights to land on DOD airbases. Is that what Secretary Blinken meant by “doing all we can” to help people get out?

Former Speaker of the House Newt Gingrich believes the Biden administration is working against those trying to evacuate Americans and our allies.

Why is the Biden State Department blocking and hindering American volunteers who are trying to get people out of Afghanistan? Congress should pass a bill instructing State to cooperate with Americans.

Senator Richard Blumenthal (D-CT) slammed the Biden administration on Monday. He said he was working behind the scenes of what he described as “an incredible coalition of advocates” to evacuate Americans and other at-risk individuals. The senator explained he didn’t go public with these efforts because he felt the press coverage might have called unwanted attention to their work. However, he changed his mind after the group had two planes on the tarmac of Kabul’s airport, but the administration may have effectively blocked them from taking off.

THREAD: My staff & I have worked night & day to secure the safe passage of two planes waiting in Mazar-e Sharif to take American citizens, at-risk Afghan allies, & their families to safety. 1/6

White House Press Secretary Jen Psaki and State Department Spokesman Ned Price both denied preventing any flight from leaving Afghanistan. Why then would so many others, including a Democratic senator, say otherwise?