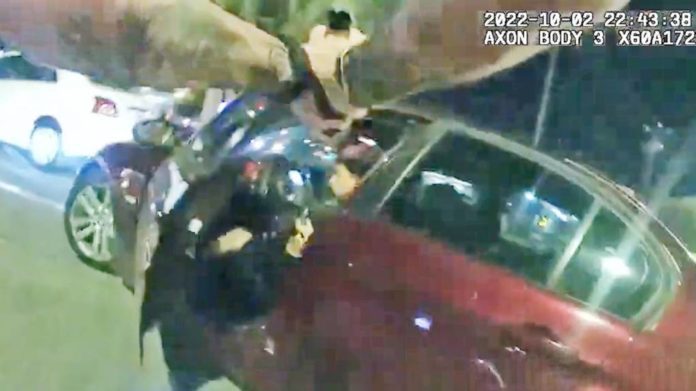 Police officer who shot teen eating McDonald’s, leaving him in a coma, arrested – The Independent

A police officer shot an unarmed 17-year-old in his car at a McDonald’s parking lot and was fired from his post several days later. He is charged with two counts of aggravated assault by a public servant.

James Brennand, 25, was charged with shooting Erik Cantu, 17, but remains in custody, the police chief said. Cantu is still unconscious and on life support.

Brennand, a rookie officer, shot at a car driven by Cantu after the car evaded him the night before during an attempted traffic stop. Investigators quickly determined that the use of deadly force was unwarranted, and Brennand was fired.

Police chief William McManus says Brennand will be charged with two counts of aggravated assault. The police chief defended the department’s training and said the officer’s failures were his own.

Charges could rise if Cantu doesn’t survive. McManus said Brennand would be charged with murder in the event Cantu dies.

The family of Erik Cantu said that their son’s condition is not stable, and asked for everyone’s continued prayers.

After the shooting last week, the district attorney’s office said it would review the case and submit it to a Grand Jury for consideration.

For more information on this shocking incident, please consider the news outlets that are below to stay in the know.