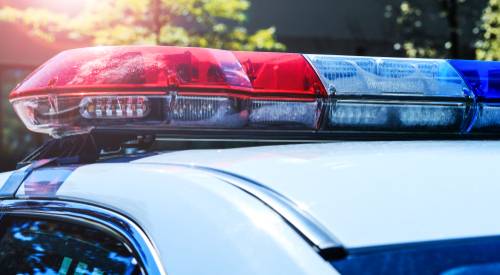 Christie Frewin, 25, was fatally stabbed 17 times by her former partner Alex Staines at home while their terrified three young children listened to her screams. He had a warning marker for violence on police systems. Despite this, the officers didn’t arrest Staines and even allowed his two youngest children to remain at his home overnight with him.

Staines attacked his ex-partner with a large kitchen knife, hacking at her face, neck, throat and arm where she had a tattoo bearing his name. The tribunal found the police had failed to investigate the allegations, ignored domestic abuse guidelines and failed to safeguard the woman and her children.

The victim’s distraught mother said she felt like her daughter wasn’t getting justice after two years.

Staines had terrorized his ex, Frewin, for years. He tormented her with physical and emotional abuse, as well as previously threatening to kill her and the children. The day before the killing, he told a male friend he would not have his ‘baby mother’ despite expressing extreme jealousy over her on several occasions.

Christie Frewin’s family described her as a loving mother who ‘always put on the bravest face for her three most beautiful children’ despite all that she endured in her relationship with Staines.

Authorities failed to effectively review or act upon information suggesting that Alex Staines was an increasing risk to both Frewin and their children. After the murder, he handed himself in at Hatfield police station.

In a statement, Frewin’s family said they wanted people to remember her as a much loved mother, sister, and daughter, and expressed their disappointment in the sentencing of Alex Staines.

A council spokesman said they were thinking of Christie’s friends and family at this difficult time, and asked the court to restrict what can be reported about Christie’s children.