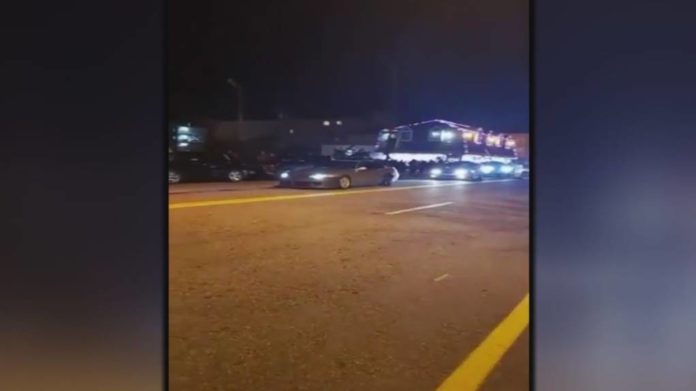 Gerald J. White, 37, was driving a 2003 Infinity when he crashed into a 2014 Honda Civic and two pedestrians. One pedestrian died and one passenger died.

Gerald J. White of Pittsburgh, Pennsylvania has been arrested and charged in connection with the deadly Saturday night crash.

Timothy Ogden, 34, was killed in the Honda Civic. His family said he was a caring, fun person who could make anyone laugh.

Family members said a third victim was injured in the crash. White was charged with several crimes, including second-degree death by auto.

The tragic and dangerous events over the last several days in Wildwood, Rio Grande, Seaville and surrounding communities were caused by the organizers of a pop-up car rally.

Angel Fioravanti said the cars were speeding and the noise was unbelievable, and that people were trying to walk on the street.

The city of Wildwood issued an advisory days ago about the unsanctioned event, and police had extra personnel on duty.

The Wildwood Police Department has a zero-tolerance policy regarding careless and reckless driving, and anyone organizing a similar event will face legal consequences.

A Cape May County Prosecutor released a statement about the danger of suck reckless driving. Driving a motor vehicle at a high speed in a populated area is essentially the same as discharging a firearm, and results in death and injury as well as destruction of private and public property.

For additional details on this story, please consider the news outlets listed below to stay in the know.