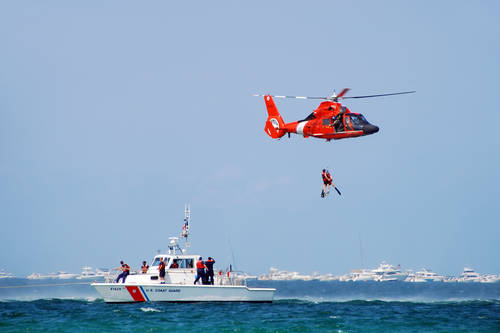 Two dozen Cuban migrants were overboard in a homemade boat. Four Cuban migrants swam to shore and three others were rescued after their vessel sank due to inclement weather.

The Coast Guard is searching for the people who are still missing after the boat they were in capsized. Eighteen migrants remain missing and are still being sought after by rescue teams.

Hurricane Ian made landfall near Cayo Costa, Florida, on Wednesday afternoon.It was a category 4 storm with 150mph wind and storm surges of up to 18ft. The hurricane will cause catastrophic storm surge, winds, and flooding in the Florida peninsula soon.

Storms caused destruction in Pinar del Ro province, where much of the tobacco used for Cuba’s cigars is grown. Two people were killed and the hospital suffered heavy damage.

Seven migrants from Cuba were taken into custody after they made it to shore in Pompano Beach, Florida, US authorities said.