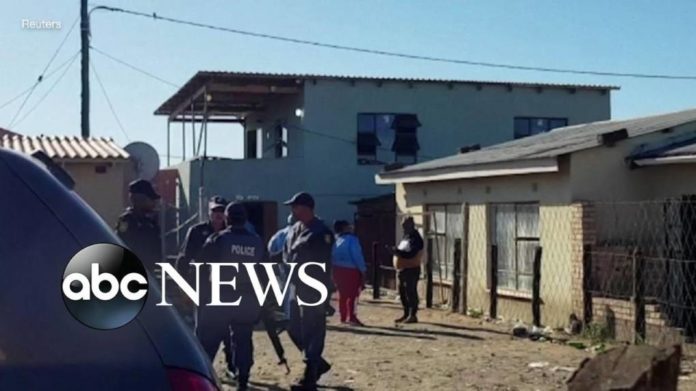 The end of semester exams had just finished in East London, South Africa, and everyone was ready to cut loose. However, grief and confusion quickly spread across the country after 22 teens mysteriously died at a nightclub.

Parents and officials said they understood many of the dead were students celebrating “pens down” parties held after the end of high school exams.

The double-story Enyobeni Tavern was overcrowded and bodies were found strewn across tables, chairs and on the floor. There were no visible open wounds, and forensic investigators will take samples and test to see if there was any poisoning of any sort.

Although the cause of the deaths remains under investigation, the provincial community safety department said the teenagers likely ingested or inhaled a substance that tasted like tear gas or pepper spray. Autopsies were underway Monday afternoon and blood samples from survivors were taken to laboratories for analysis.

Five bodies are still unidentified after Sunday’s incident, which left 22 young people dead. The owner of the bar has not been arrested.

President Cyril Ramaphosa sent his condolences to the families of the victims, and said that the authorities were considering revising liquor-licensing regulations. The provincial prime minister condemned the “unlimited consumption of liquor”.

For updates on this shocking story, consider the following news outlets listed below for more details.