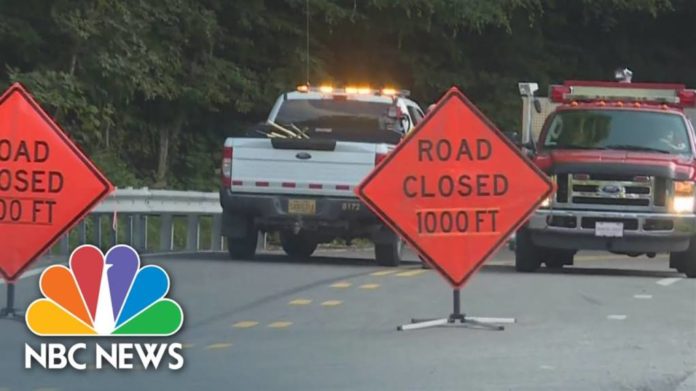 Six people died after a helicopter crashed and caught fire Wednesday evening in southwest West Virginia, authorities said. The identities of the victims have not been shared with the public.

The cause of the crash remains unclear, but the NTSB is sending a team of five investigators to the site of the crash to gather evidence.

Bobbi Childs told local news station WSAZ-TV she rushed to the crash site. She says she saw the fire was intense and the pilot didn’t make it out of the helicopter.

When crews arrived at the scene, the helicopter was still on fire and had crashed through a guardrail and into the hillside. The road is temporarily closed, and it’s unclear when it will reopen.

The aircraft, a Bell UH-1B, was based out of the Logan County Airport and was used in the Vietnam War. It was also used for tourist flights.

The seventh annual “Huey Reunion” started in Logan County on Tuesday, and Huey enthusiasts were able to fly or ride in the historic helicopter.

The celebration was scheduled to go until Sunday. Those interested in flying the helicopter could make a reservation at the airport in Logan County for $250.

Two events were going on in Logan County at the time of the crash, but Porter did not know if the passengers were participating.