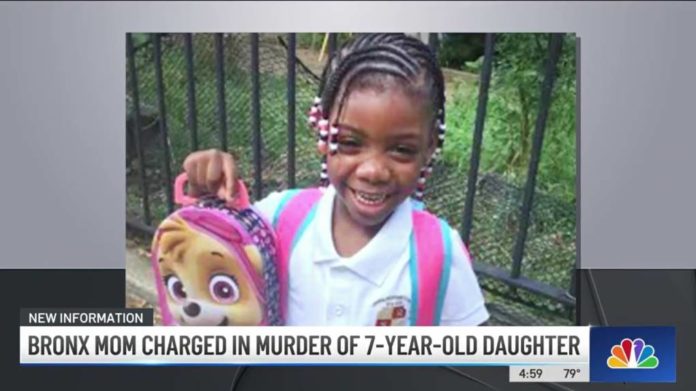 The death of a 7-year-old girl named Julissia Batties has been investigated for nearly a year. The investigation found that the girl’s mother and her 18-year-old half brother were responsible for the death and that her mother failed to get medical help as her daughter lay dying.

Julissia was born in 2014 and was taken from her mother and father by the child welfare agency because they failed to provide “a minimum degree of care”.

Julissia’s mother took mandated anger-management and parenting classes, and eventually regained custody of one of her other children. The child welfare system aims to reunite children with their parents.

Last summer, neighbors said they heard Ms. Jones yelling at her children frequently, and saw Julissia out on the street by herself sometimes. A caseworker closed the complaint despite being shown evidence of physical abuse and neglect.

The city took Julissia away from her mother, who allegedly abused her, and returned her to her mother without supervision. Julissia was killed less than two months later.

Police responded to a 911 call of an unconscious female inside the Bronx apartment located on Laverne Avenue around 8:06am, and found little Julissia’s body covered in bruising and trauma. She died of blunt force abdominal trauma.

A day after Julissia Batties died, a memorial was placed in the lobby of the Bronx apartment building where she lived. Julissia’s grandmother, Yolanda Davis, waited for this moment of reckoning and expressed her gratitude towards the DA and the detective.