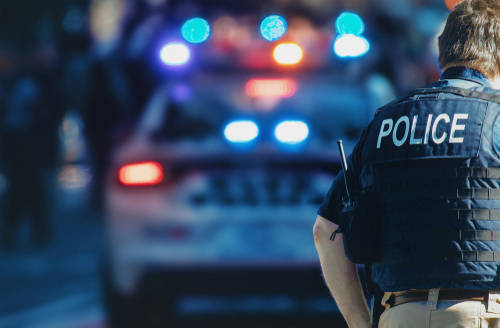 A domestic dispute turned into an active shooter incident in Floyd County, Kentucky. A man opened fire on police attempting to serve a warrant at a home in eastern Kentucky.

Three law enforcement officers were killed and five wounded during the altercation. A police dog was also killed and an emergency management official was also injured.

Police took 49-year-old Lance Storz into custody late Thursday night after he fired a rifle at officers around his residence in Allen, Kentucky. Storz was facing two counts of murder of a police officer and another attempted murder charge.

Storz appeared in front of a judge via video and was charged with murder of a police officer, attempted murder, and assault on a service animal. He was jailed on a $10 million bond.

As of Friday morning, the Floyd County sheriff and county attorney described the situation as an “attack on law officers” and an “ambush”. They said the gunfire was raining down on the officers responding and that it was difficult to even know where the bullets were coming from.

Law enforcement offices in Hodgenville, Magoffin County and Louisa have shared posts of support and prayer for officers on the scene in Floyd County.

@ATFLouisville’s Ashland and London Offices are responding to a shooting scene and armed barricaded person in Floyd County, Kentucky. @kystatepolice is the point of contact and will release more information as it becomes available. pic.twitter.com/8ljyvRMz8x

For more information on this story, check out the following news outlets.