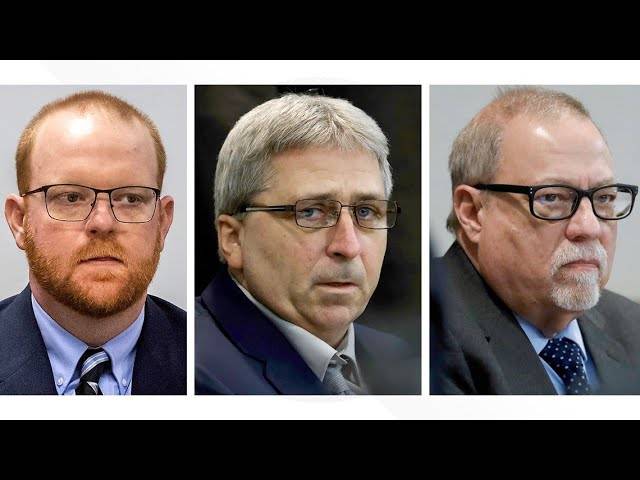 Travis McMichael, his father Greg McMichael and a neighbor William “Roddie” Bryan were sentenced to life in prison for killing Ahmaud Arbery.

The McMichaels and Bryan faced possible life sentences after a jury convicted them of federal hate crimes. They were also found guilty of attempted kidnapping and using firearms to commit a violent crime.

All three defendants were convicted of murder in federal court. Last week, Travis McMichael’s lawyer filed a memo requesting that her client be kept in federal custody rather than transferred to state prison. The lawyer said her client had received numerous threats of death and cited the government’s investigation into the violence in Georgia state prisons.

Michael’s attorney said that going to state prison would be the equivalent of a backdoor death penalty for Pim, and that Mcmichael probably wouldn’t survive. The government said that the defendants deserve no special treatment, and that they should go to state prison.

The McMichaels chased Arbery through neighborhood streets in their pickup truck, and Travis McMichael shot Arbery in self-defense as they wrestled over McMichael’s shotgun. Bryan joined the pursuit in his own truck and recorded video of the killing, sparking the nationwide outcry.

The McMichaels told police they suspected Arbery had been stealing, but authorities later concluded he was unarmed and had committed no crimes.

Prosecutors showed the jury text messages and social media posts in which Travis McMichael and Bryan used racist slurs and made disparaging comments about Black people.

For more details on this criminal conviction, check out the news outlets listed below to stay in the loop.