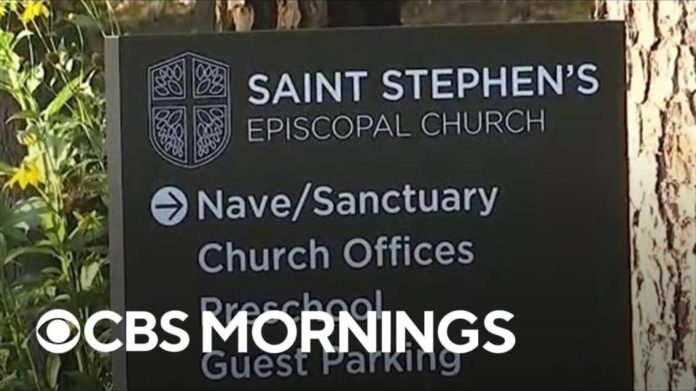 A 71-year-old visitor shot and killed three people at a potluck dinner at St. Stephen’s Episcopal Church in Vestavia Hills, Alabama. The victim’s family was in disbelief and said the victim died in his wife’s arms as she whispered words of love in his ear.

Police say the shooter’s stop was critical in saving lives. The suspect and three victims were all white, and the suspect’s name is being withheld pending a capital murder charge.

Vestavia Hills is a bedroom community for Birmingham businesspeople and doctors. It has nearly 40,000 residents, most of whom are white.

The Rev. Rebecca Bridges led an online prayer service on the church’s Facebook page Friday morning, praying for the victims and the person who perpetrated the shooting, as well as for elected officials in Washington and Alabama.

The shooting happened just over a month after a man opened fire on Taiwanese parishioners at a church in Southern California. It comes nearly seven years to the day after a white supremacist killed nine people during Bible study in Charleston, South Carolina.

Alabama Gov. Kay Ivey released a statement lamenting the loss of life following the shooting, saying that the shooting “should never happen” in a church, a store, in the city or anywhere.

For more information on this story, consider the following news outlets listed below to stay up to date on additional details.