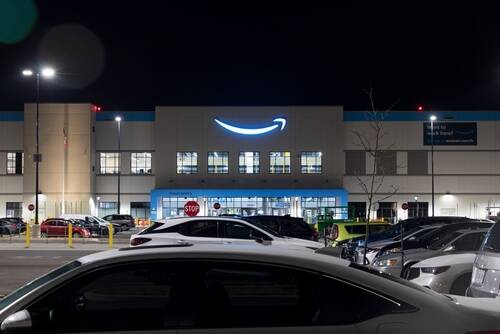 According to authorities and family members, a newborn baby is critically ill after his mother was allegedly shot and killed by an Amazon worker in Minnesota shortly before her due date.

A GoFundMe page for the boy states that he is “fighting for his life” after the Jan. 8 shooting that killed his mother, Kyla O’Neal, 31. O’Neal was nine months pregnant when she was killed, according to the fundraiser’s page.

The woman was found in a vehicle in the parking lot of an Amazon fulfillment center in Lakeville just before 7 p.m. local time, according to a press release from the Lakeville Police Department. She was suffering from a gunshot wound.

Authorities said she was rushed to a local hospital, but died later. She was able to deliver her baby, whose condition wasn’t disclosed by the police.

The victim’s mother, Katina O’Neal, told CBS News that her grandson hasn’t been able to function since he lost a lot of oxygen to the brain. Kyla O’Neal leaves behind three other children in addition to her newborn. Their ages are 10, 7, and 2.

The alleged gunman has been identified as 32-year-old Donte Raphael McCray, an Amazon employee.

The father of the newborn baby is the man accused of fatally shooting Kyla O’Neal. It’s also reported that she broke up with him shortly before she died, according to her mother.

The Minnesota Department of Public Safety said McCray is being held in Dakota County Jail on a second-degree manslaughter charge.