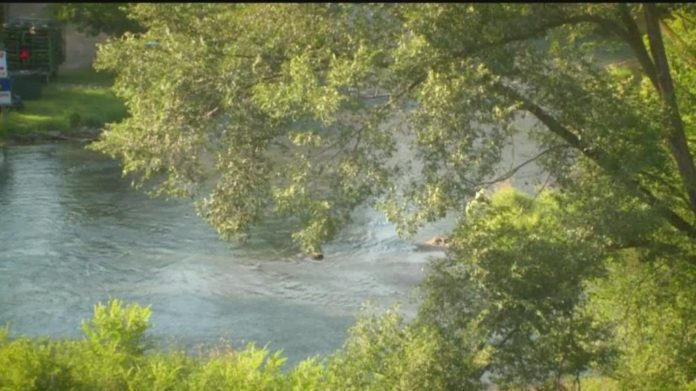 A teenager was killed and four other people were critically wounded after they were stabbed while tubing on a busy river Saturday afternoon.

The authorities got several calls about stabbings on the Apple River. First responders reached the victims with the assistance of different tubers.

Two stabbing victims were transported to the hospital by air, and two were taken by ambulance. The victims’ conditions range from serious to critical.

The stabbings occurred on the Apple River near Highway 35/64, about 100 yards from milepost 9.

Police continued to search the water for the murder weapon after the man’s arrest, and say they need to interview 15 to 20 people to figure out what started the stabbing incident. Authorities continue searching for the knife and interviewing witnesses.

After setting up a perimeter, several agencies were called in to assist in locating the suspect. The suspect, a 52 year old male from Minnesota, was taken into custody without incident. Police are asking people to avoid the area as they continue their investigation into Saturday afternoon’s stabbings.

The Sheriff said the suspect was with another group of six to eight people and they were all tubing when the incident started. He was not the only one taken into custody at this time.

For additional updates on this story, consider the news outlets listed below to stay in the know.