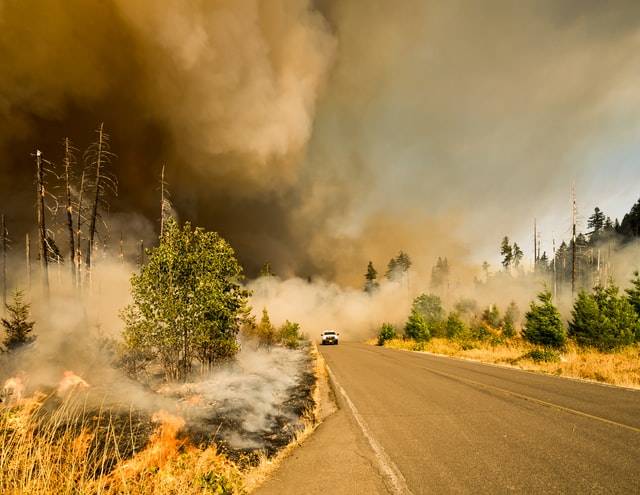 Trennon Smith, 30, was arrested by three local residents after allegedly starting two wildfires while he walked along a gravel road.

Fires were reported at Rogue River Ranch and Mariel Lodge in Mariel, Oregon, around 1:45 p.m. Monday.

Authorities responded to a radio call about two fires in the forest 25 miles northwest of Grants Pass. Local residents found the arsonist walking along the road near the fires that he started.

The residents detained the suspect, who became combative in response to their efforts. The locals then tied Trennon Smith to a tree in order to assist authorities in his arrest.

Smith was arrested after the fire and charged with two counts of arson in the first degree and one count of reckless burning. He is being held under a $100,000 bond.

Federal officials warned of fertile fire conditions from coast to coast Tuesday and reminded people to limit their fire-causing actions as much as possible.

John Ward, the Curry County Sheriff, said the fires that occurred in a remote region were quickly contained.

The containment of this fire saved lives and prevented a lot of damage to private property. The area affected by the wildfire is remote and mostly used by rafters and fishermen.

For more insight on this story, consider the news outlets listed below.