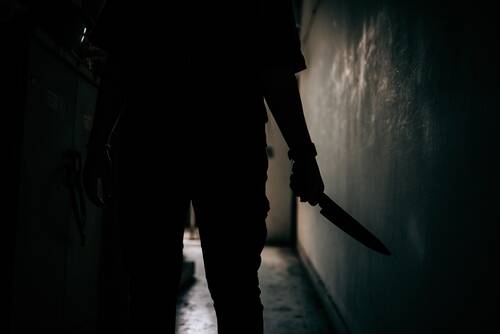 Nikki Secondino, a 22-year-old aspiring model, is accused of stabbing her father, Carlo Secondino, to death. The incident took place in their Bensonhurst, Brooklyn apartment.

In order to escape conviction, Nikki then pretended that her father had died in a failed home invasion, according to multiple news sources.

The New York City Police Department released a statement stating that Nikki Secondino is also accused of attempting to kill her 19-year-old sister, who was stabbed as well. The young woman survived the attack, but was in critical condition when taken to a Brooklyn hospital.

An unnamed neighbor told NBC New York that they heard screams and the sound of bodies “slamming against the wall” during the alleged stabbing incident. The neighbor also stated that they heard Carlo yelling for someone to call 911, and that Nikki had beaten on their door during the incident, claiming that two strangers had broken into her family’s apartment and demanded money.

When officers arrived at the second-floor apartment, Nikki allegedly told them that two male intruders wearing ski masks had broken into the residence and demanded access to a safe.

Carlo was found dead upon the police’s arrival, and both Carlo and his 19-year-old daughter had been stabbed “about the body,” according to the NYPD. Nikki had slash marks on her hands, and the NYPD said that her story about the home invasion began to fall apart.

Nikki has been charged with murder, attempted murder, and criminal possession of a weapon. A local resident who knew Carlo said she was “in shock” and described him as a “very nice man,” noting that she “[hopes] God rests his soul.”

Another person who knew Carlo said he had “dropped a hint” in recent days about something bad happening at home. Carlo had worked on Wall Street in the past and was serving as a local restaurant delivery driver before his death.