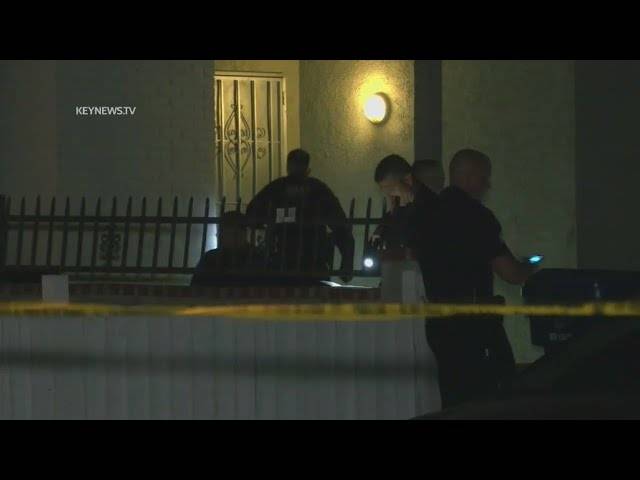 Police say two men in their 20’s were followed and shot by a group of suspects wearing ski masks. The suspects took off in a white Suv, leaving the victims behind with severe injuries from the shooting.

The two men were shot in the backyard of a home in North Hollywood, one of them a rapper who goes by the name of Wacko the Kid. Authorities believe that the pair were heading back home after spending time in a music studio in a recording session. Once they pulled into the driveway of the home, they were attacked by the violent group in ski masks.

Wacko the Kid and his friend were shot multiple times after being followed home by two to three suspects in a follow-home robbery. Both are in critical condition and police are searching the neighborhood for surveillance cameras.

LAPD says people are being targeted for wearing or having nice things and they believe that’s what happened in this shooting incident. Neighbors say they heard rapid gunfire go off right across the street when the shooting occurred. One witness even claimed that they heard 10 shots at the time of the shooting.

At the scene of the shooting, miscellaneous items such as a sneaker and other random accessories were left behind as evidence.

To learn more about this robbery case, please consider the news outlets listed below to stay in the know.