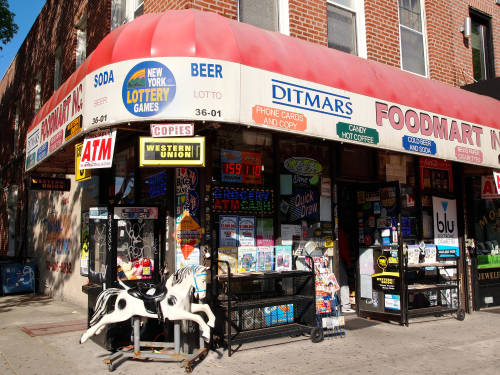 Jose Alba, 61, was charged with second-degree murder in the killing of Austin Simon, 35, after he stabbed Simon multiple times during a confrontation at a bodega. Alba’s attorneys argued that he acted in self-defense because Simon was much younger and bigger than Alba.

The Manhattan District Attorney’s Office filed a motion to dismiss the charge against Alba, who was not present in court.

The prosecution moved to dismiss the case, saying it could not prove the defendant’s use of deadly physical force was justified.

The motion to dismiss states the investigation included interviews with civilian witnesses, the police and emergency medical technicians, and the medical examiner. It also included review of surveillance video.

Mayor Eric Adams said the DA’s office made the right decision in dismissing the charge against Alba.

The entire ordeal unfolded after Alba had gotten into an argument with Simon’s girlfriend over a bag of chips, police said at the time. The District Attorney’s Office has concluded that a homicide case against Alba could not be proven at trial beyond a reasonable doubt.

The DA in Alba’s case saw the videotape and decided to drop the charges. Bodegas groups called on the state to adopt a local version of Florida’s controversial “Stand Your Ground” law.

Alba has worked at bodegas since emigrating to New York City 35 years ago and earned his US citizenship 18 years ago, said Fontier. Prosecutors reduced Alba’s bail to $50,000 and secured the bond with the owners of the bodega where he worked.

Several bodega advocates met with the District Attorney Alvin Bragg last week to urge him to drop the murder charge against Jose Alba.

For more information on this case, check out the news outlets listed below.