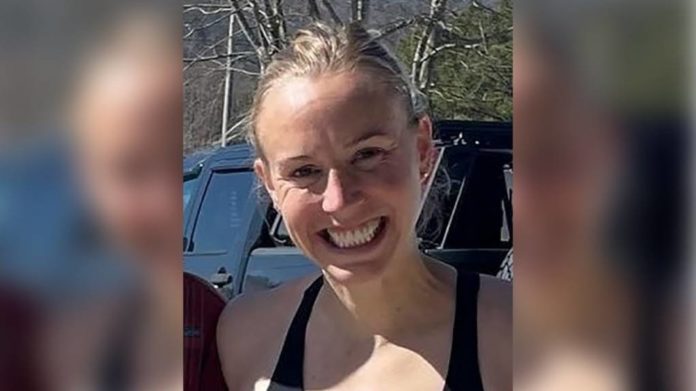 Police discovered the body of billionaire heiress Eliza Fletcher behind an abandoned house after smelling an ‘odor of decay’.

Cops found the body of the missing mother-of-two in long grass seven miles from where she was last seen. Horrified neighbors gathered around the crime scene as the gruesome discovery was made.

The Ultra-runner vanished while out for a jog on Friday, sparking a four-day long hunt. Her body was found by the steps of a dilapidated one-story property just yards from where police last spotted the vehicle she was forced into.

Cleotha Abston, who was charged with kidnapping and tampering with evidence, appeared in court wearing a mask and green issued prison uniform, swaying back and forth and looking towards the family of the victim.

Abston was 16-years-old when he first kidnapped Memphis Attorney Kemper Durand and tried to force him to withdraw money from a gas station ATM. He spent 22 years in jail for the crime, and two years later he was released early, and is now back in custody for the suspected kidnapping and murder of Fletcher.

The suspect in the case of billionaire heiress Eliza Abston’s abduction was seen by witnesses at his brother’s house behaving strangely and washing the carpet of a 2013 GMC Terrain.

Authorities arrested Cleotha Abston, 38, after obtaining surveillance footage that shows him running ‘aggressively’ towards Fletcher and forcing her into the passenger side of a vehicle.

Fletcher was last seen jogging in Memphis at 4.20am on Friday. Abston forced her into an SUV after a brief struggle, police said.

Police found Abston’s DNA on Champion sliders that were left behind during the struggle with Fletcher, as well as her cell phone and water bottle. They believe that Fletcher suffered ‘serious injury’ at the hands of Abston.

Mario Abston, 36, was arrested on Saturday after being spotted acting ‘suspiciously’ by neighbors. Police found Abston’s brother cleaning his car with floor cleaner and washing his clothes in the sink of the house.

Police removed a dumpster close to Abston’s brothers low-income apartment complex over the weekend and found his damaged black SUV with a bloody taillight.

The abducted woman was the granddaughter of hardware magnate Joseph ‘Joe’ Orgill III. The family business, Orgill Inc., does $3 billion in annual sales.

A neighbor described Abston as a ‘pervert’ who propositioned women in the complex and at times would sit in his black SUV gawking at women walking by or sitting on stoops.

For more information on this disturbing story, please consider the news outlets listed below.