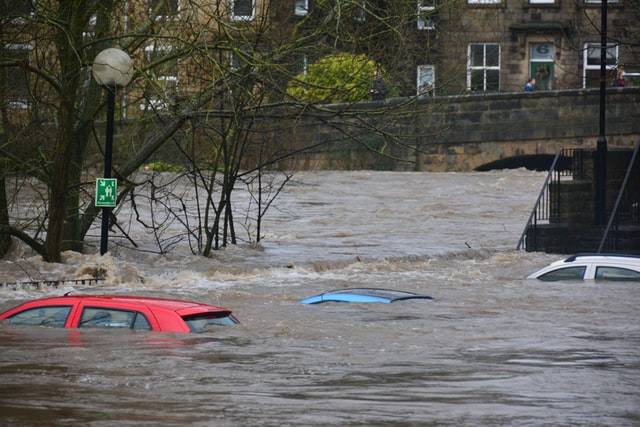 A new study warns that climate change is increasing the risk of future floods that could submerge multiple cities and displace millions of people across California.

A future scenario where the flood comes in a hotter earth has more rain, more intense rainfall and stronger wind.

According to the study, a similar flood to the Great Flood of 1862 would occur in California today, displacing 5-10 million people and causing massive economic effects.

The area with the most destruction would be the Central Valley of California, including Sacramento, Fresno and Bakersfield, according to the study’s authors. A flood of this size would cost upwards of $1 trillion in losses.

According to UCLA, a flood like the one that happened in 1862 would be a $1 trillion disaster. Californians may have lost sight of extreme flooding, because of the attention given to drought and wildfire.

This study is the first of three phases that will examine the effects of a future megaflood in California. The researchers used new high-resolution weather models and existing climate models to compare two extreme scenarios.

A major point of concern for these researchers has been atmospheric rivers. Atmospheric rivers are ribbons of water vapor that extend thousands of miles from the tropics to the western U.S. They can cause flooding along the West Coast and deadly mudslides.

For additional insight on this study, please consider the news outlets listed below to stay in the know.