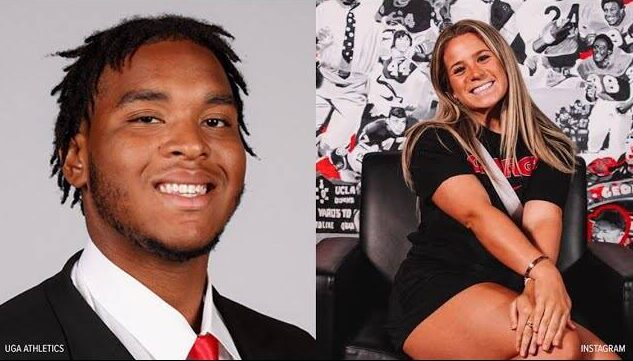 The University of Georgia football team’s football player Devin Willock and its staff member Chandler LeCroy were killed in a single car crash early Sunday. Their untimely death took place just hours after their team celebrated its national championship with a victory parade and celebration.

At the time of the crash, Willock, 20, and LeCroy, 24, were two of four people in the vehicle. The collision occurred around 2:45 am on Sunday.

The 2021 Ford Expedition LeCroy was driving left the road and struck several trees and power poles, police said. The police reported that Willock died at the scene and LeCroy later died in the hospital.

There were also serious injuries to a 21-year-old male passenger and a 26-year-old female passenger in the crash, according to police. University officials did not identify the injured passengers, but said they were connected to the football program.

“Devin and Chandler were two special people who meant so much to the University of Georgia, our football program and our athletic department,” said the UGA Athletic Association.

The Georgia football roster shows that Willock, a redshirt sophomore from New Milford, New Jersey, played on the offensive line in all 15 games this season.

On Saturday, UGA players, coaches, and fans celebrated their second straight national championship at Sanford Stadium. Many offered condolences and remembered the two victims of the crash.

Kirby Smart, UGA Head Football Coach, stated, “we are all heartbroken and devastated with the loss of Devin Willock and Chandler LeCroy.”