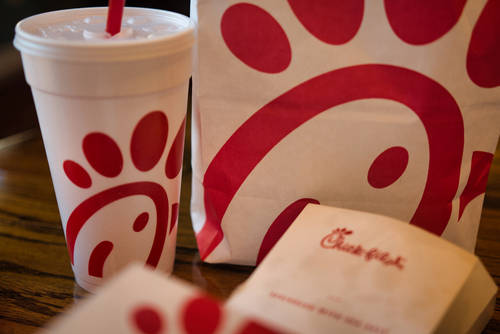 Hendersonville Chick-fil-A gets backlash over post about ‘volunteers’ working for chicken, not money – WYFF4 Greenville

A Chick-fil-A restaurant in Hendersonville, North Carolina, has ended a controversial program in which it solicited “volunteers” to work the drive-thru in exchange for chicken sandwiches. The post on the restaurant’s Facebook page was soon inundated with critical comments.

The post was deleted by the afternoon of July 27, and a Chick-Fil-A spokesperson told Insider the restaurant had decided to end the program.

A manager at the restaurant said the post was an opportunity to “establish a relationship with the community”.

Chick-fil-A’s Hendersonville location is no longer offering a volunteer program, and the North Carolina Department of Labor has received “multiple inquiries” about the program. The department does not have jurisdiction over volunteers, however.

The restaurant’s decision to end its volunteer program has done little to appease critics, who have left numerous one-star reviews on its Facebook and Yelp pages.

It’s common for chains to offer employees a shift meal, discounted food and drinks, or other perks, but paying workers exclusively in food is unusual.

Fast food chains have taken unorthodox approaches to finding workers in the last year. One restaurant hired 14 and 15-year-olds in 2021.