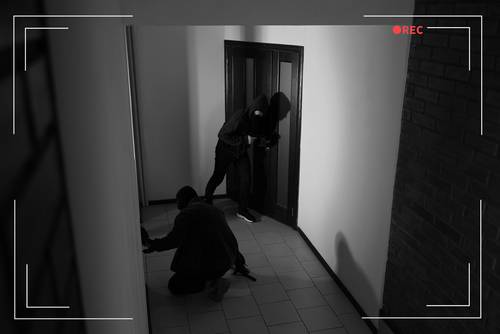 Three family members were shot and killed at their gun store and range during a robbery. The one who discovered their bodies was a close relative.

The victims of this triple homicide in Georgia were the parents and son of the local Coweta County Coroner. After being unable to reach his family members, Richard Hawk decided to look for them at their family gun range.

When he arrived at the scene, what he found was unimaginable. Richard Hawk’s parents and son were killed inside their store, Lock, Stock and Barrell Gun Range.

The shooting occurred on April 8, 2022. Tommy Hawk, Evelyn Hawk, and their 18-year-old grandson Luke Hawk were all murdered inside the store. Richard, the professional coroner, was the one who made the initial 9-1-1 call.

When police arrived, they found that the security cameras were disabled and over 40 guns were missing from the scene.

Sheriff Lenn Wood called the deaths “senseless and tragic” and said the deaths have left the community “with hurt, pain, and very little answers”. He shared that he was praying that God would use the law enforcement community to bring justice.

A sorrowful scene enveloped the small Georgia town where the gun store was located as dozens gathered to pay their respects. Tommy and Evelyn’s son Richard was expected to be at the vigil, but was still trying to cope with his grief.

Investigators asked residents if they saw any vehicles near the shooting range late Friday afternoon. A $15,000 reward was being offered for information leading to an arrest or conviction of those responsible.

Chief Steve Whitlock later announced the arrest of Jacob Muse, who visited the gun shop several times in the past. Muse is facing murder charges in the Hawks’ death.