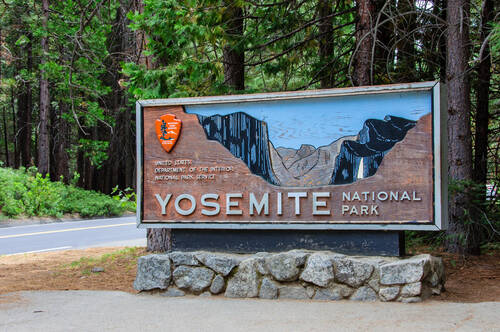 Officials have identified the two individuals who died in a rockslide in Yosemite National Park on Tuesday morning as 51-year-old Georgios Theocharous and 35-year-old Ming Yan, a couple from San Jose.

According to a statement from the National Park Service, the couple’s Dodge Ram was hit by rocks that fell from 1,000 feet above El Portal Road at around 9:00 am on Tuesday. The impact of the rocks caused the vehicle to be pushed off the highway and onto the embankment of the Merced River.

The statement says that approximately 185 tons of rock fell during the incident. The National Park Service is currently investigating the cause of the rockslide.

The incident occurred on Highway 140, also known as El Portal Road, near Big Oak Flat Road. This section of the highway runs along the Merced River on one side and is surrounded by large, rocky hills on the other. It leads to Yosemite Valley to the east and one of the park’s three western entrances to the west.

The National Park Service stated in a tweet that the rockslide caused a portion of El Portal Road to be closed for several hours, but that it has since reopened.

Most of the rockslides in Yosemite occur during the winter and early spring, especially during times of heavy rain or snowmelt. However, the park service reports that more than half of the recorded rockslides in the park were not known to have been triggered by any specific event.