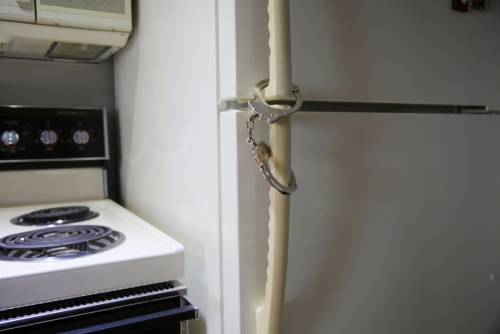 Michael Burke and Samantha Perry, both 38, were charged with kidnapping in the death of a 37-year-old man who was found dead Friday. The victim’s remains that were found has been identified as John Wayne Potter.

State police detectives are assisting Lowell Police with the investigation of human remains that were discovered in a basement freezer. The family of a man who was killed and put in a freezer in Lowell, Massachusetts, has identified him as John Wayne Potter.

The family has dealt with deep tragedy before that resulted in the death of another child.

John Potter’s sister was missing when she was a young girl. Potter’s sister, Tabitha, was found raped, strangled, and partially buried in a park in Lowell in 1999. Her killer hanged himself a few days later.

Burke and Perry, the couple in question, are accused of torturing Potter and forcing his body into the freezer. However, investigators think that someone else strangled him to death.

Evidence found in the home suggested that Potter had been restrained at some point. Burke and Perry claim an unidentified third person was holding them at gunpoint.

A phone call was received by police from someone who claimed to have seen the victim “duct taped to a chair” in Lowell.

JUST IN: Man found dead in a Lowell home had been in a chest freezer for a week according to court paperwork. A pair of roommates have been charged with kidnapping him. They told police they tied him up and tortured him, but they someone else killed him. @NBC10Boston

Police found Potter’s body at his house on Friday, Dec. 2, just a day after issuing a missing persons alert. Potter’s stepmother told NBC10 Boston that she can’t even sleep because she sees someone bashing his head.