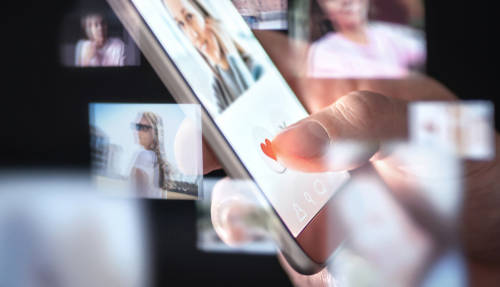 A woman got a restraining order against a man who was stalking her on Instagram, and then saw him one day later while hiking at a Tennessee park, federal prosecutors say. Two years later, the man was sentenced to three years in federal prison for cyberstalking.

His Instagram account was also disturbing. He posted hateful, racist, anti-Black messages on his public message board and alluded to wanting racially-motivated attacks to occur in Nashville.

The investigation on Zarculia led agents to a victim who began receiving unsolicited messages from Zarculia in September 2019, via Instagram. The messages became creepy and sexual in nature. The stalker eventually approached the woman in a local grocery store and began sending her angry messages.

Another woman was threatened by Zarculia after he saw her at a gas station, and was given a restraining order against him. He then followed her to a park, where he yelled at her to stay away from him.

One victim was forced to take additional security measures, including installing or updating her home alarm systems, to mitigate the threat posed by Zarculia.

For more updates on this story, check out the news outlets listed below to stay in the know.