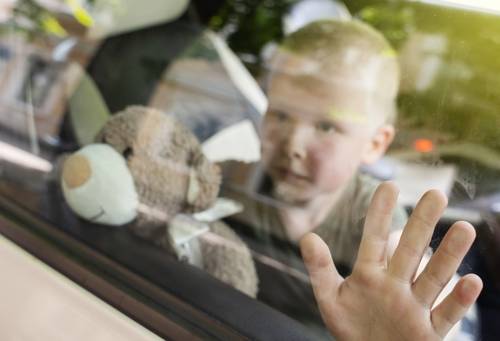 A 19-year-old man confessed to murdering his 1-year-old son after leaving him in a hot car for five hours. The child was unresponsive when he was brought to a hospital, and the father initially told detectives that the child had only been in the car for a short time.

Investigators obtained video showing that Parrott left his apartment with the child at 8:30 am and was not seen again until 1:50 pm. They estimate that the interior of the car was about 130 degrees.

The child’s mother, Vanessa Parrott, was at work when the tragic incident unfolded. Norris said that the interior of the car was about 130 degrees when the child was in there strapped into a car seat.

According to Parrott’s Facebook page, he is from Mustang, Oklahoma, and has been married to Kyler’s mother since June 2021.

The child’s grandparents said that the paternal grandparents were in close communication with Vanessa, who is now facing charges of murder.

Adrianna LeChard, 2, was found unresponsive after being locked in a car in 92-degree heat. Despite the outside being 92-degrees, a car with no AC ends up being much hotter. It’s deadly to be caught in that kind of heat, especially as a child with no way out.

Nearly 1,000 children have died of heatstroke in the US since 1998 after being left in hot cars. For additional information on this story, please consider the news outlets listed below.