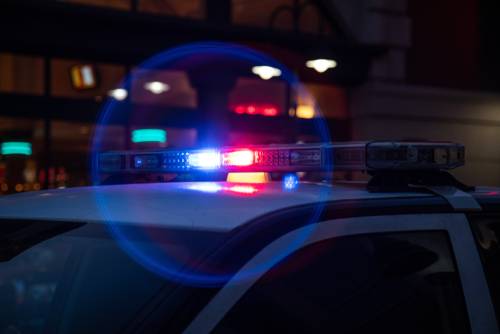 Thomas Hughes, 29, and Emma Tustin, 32, have been charged with the murder of a 6-year-old boy. The child, Arthur Labinjo-Hughes, was Thomas’ son and Emma’s stepson. The murder is believed to be rooted from severe child abuse.

Security footage has been released that gives insight into Aruthur’s deplorable circumstances. Jurors have watched CCTV and heard audio clips of Tustin allegedly abusing Arthur, including him sobbing and saying his father was going to throw him out the window.

In the footage, Arthur was so frail that he could barely pick his bedding when he woke up on the living room floor. He appeared wobbly on his feet as he attempts to move around the room, wearing the same onesie for the fifth day in a row.

Tustin allegedly beat Arthur to death, then waited 13 minutes to call first responders for help. When he finally did, he told them he was “barely breathing” after he “headbutted the floor”. Arthur died in the hospital the next day from head trauma inflicted on him by an adult.

Jurors heard the youngster had 130 bruises on his body, including on his head, arms, legs, feet and torso. He also had 25 sites of bruising on his scalp, face, and neck.

Tustin and Hughes are accused of multiple counts of child cruelty, after forcing Arthur to endure “systematic, cruel behaviour”. Both defendants participated in a campaign of cruelty against Arthur, which resulted in his visible injuries and miserable physical condition.

Arthur’s death came three months after his father moved into Tustin’s home, Coventry Crown Court heard. The child had lived with his dad and extended family in an annex.

Joanne Hughes, the deceased child’s grandmother, attempted to call social services in protection of the child. However, she told jurors that social services “didn’t want to see” pictures of Arthur’s bruises, resulting in no action being taken against his parents.